THE USES OF ADVERSITY: Essays on the Fate of Central Europe by Ash Timothy Garton | Kirkus Reviews

Professor of European Studies, University of Oxford. Professor Timothy Garton Ash is a prolific political writer and historian who has charted the transformation of Europe over the last thirty years. His essays appear regularly in the New York Review of Books and he writes a weekly column in the Guardian, which is widely syndicated in Europe, Asia and the Americas.

From there, he started to travel widely behind the iron curtain.

Throughout the s, he reported and analysed the emancipation of Central Europe from communism in contributions to the New York Review of Books, the Independent, the Times and the Spectator. He was Foreign Editor of the Spectator, editorial writer on Central European affairs for the London Times, and a columnist on foreign affairs in the Independent. He has been at the cutting edge of British commentary on international politics for three decades and has been right at the forefront of debates surrounding the Eurozone crisis. Interlibrary Loan Service. 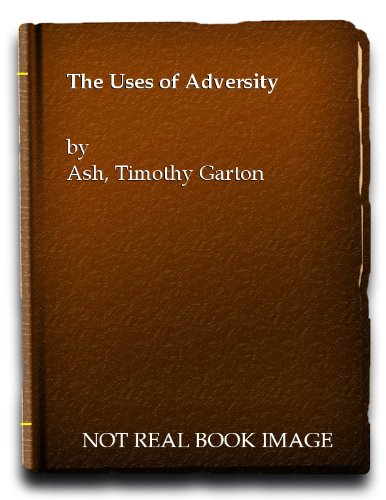 THE USES OF ADVERSITY: Essays on the Fate of Central Europe.

Summary for music and videos. Video Games. About the author Image courtesy LibraryThing.